Home / Retainers set-up prior to deband

What if you could have your patient’s retainer ready to go at the deband appointment? No waiting, no taking impressions post-braces, just remove braces and hand over the retainer. If your patient’s teeth aren’t quite as straight as predicted, why not use a set of Kim aligners to straighten their teeth that last bit?

Kim aligners are similar to other aligners with two exceptions:

Kim aligners come in sets of three: each aligner is a slightly different thickness making them a more dynamic aligner.

What Are Kim Aligners

The Kim Aligner is a semi-digital concept of an aligner system as an alternative to Invisalign.

The process is that the models are scanned and teeth manually moved into alignment to maximum 1 mm in one direction and 3 to 5 degrees for rotations or torque and then re-scanned to check if movement was not too under or over in movement for the system to work realistically. Then 3 different thicknesses of aligners were formed over the same model and then the patient would wear each aligner for a week starting with the thinnest, to medium and then the thickest respectively. Process was repeated with new impressions after 3 weeks and continued till teeth aligned.

But, we found it a great system to finish off orthodontic debands and we still do so today. The movements could be more aggressive due to teeth being much more mobile post-orthodontics. Initially this method was used post lingual cases but now it has developed into using this system post all orthodontic case’s even Invisalign. 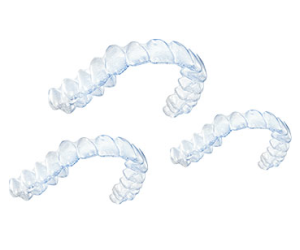 Kim Aligners are fairly quick to produce; about 2-3 days.

If a case comes in via an Intra-oral scan, then it is completely digital. Teeth are moved digitally and then Rapid-Prototyped. The 3 thickness aligners are then formed on this model. In this case only one model would need to be printed keeping the costs down.

You keep the model or give it to the patient. If they relapse, your lab can form traditional 1 mm over it if not too relapsed.

This Full digital process takes longer, about a week or so.

Retainer set-up prior to deband

The advantage to you and your patient of retainer set-up prior to deband is twofold:

Digitally removing braces, aligning the teeth and then creating the aligners on this predicted model will allow for smoother (and faster) transition between deband and retainer wear. This means your patient doesn’t have to wait for a retainer after they’ve had braces removed.

Also, the Kim aligners allow you to ensure your patient’s teeth are as straight as you and they want–without having to wear their braces for an extra week or two. The benefit of the aligners over braces being these are removable and less likely to inconvenience your patient.

If you would like to know more about digitally removing brackets and wires for aligner and retainer set-up, click the below infographic: 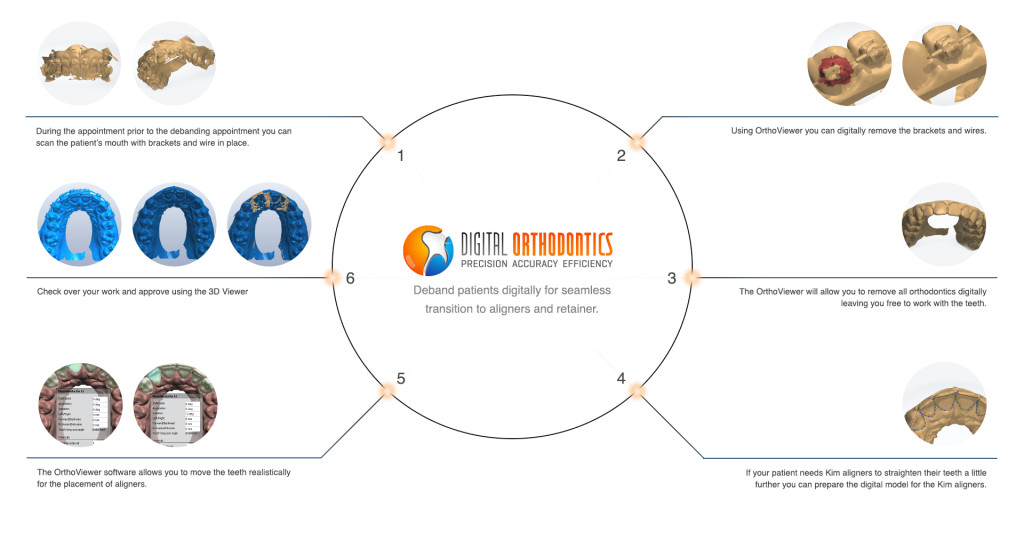 If you would like to know more about Digital Orthodontics can do for your practice, please contact us today.

Keep up to date with our latest news and advancements