Mr Ari Sciacca of Melbourne, Australia has been involved in the dental laboratory industry for over 35 years, specialising in orthodontics.

From 1980 to 2000, he focused on the manufacture of orthodontic appliances through an 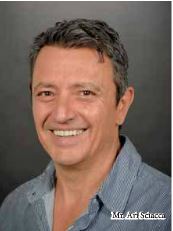 orthodontic lab, doing conventional orthodontic work at the beginning. “I’m very pleased that I started to run a lab exclusively for orthodontics early,” he said. He lectures in different parts of the world, which has broadened his network of clients, hence his lab’s international production. He revealed that being an active lecturer allows his technicians and orthodontists to have a continuous exchange and learning process. “By word of mouth, an interesting case in Germany can easily be heard by a practitioner in Singapore because I get to share the information with them. In essence, we serve as a sounding board as our clients hear a lot of the experimental things that we do,” he added.

Mr. Sciacca developed an interest in lingual orthodontics as far back as the 90s and began experimenting on it. “Even globally, I think this really did not take off as popular.” Given its unpopularity, he decided to take on the challenge and immerse himself into it further. Over the past decade, he entered the area of lingual orthodontics and indirect bonding, studying under the guidance of orthodontists from around the world, including Dr. Kyoto Takemoto, Dr. Didier Fillion, Dr. RafiRomano, Dr. DirkWeichmann and Dr. Giuseppe Scuzzo. With his interest and experience in lingual orthodontics, he established an orthodontic laboratory, Archform Orthodontics, in 2001, which is one of the leading orthodontic laboratories in Australia today. He revealed that it was exclusively dedicated to lingual orthodontics at that time. In early 2014, Digital Orthodontics was established to provide high-quality 3D orthodontic treatment solutions using state-of-the-art CAD/CAM technology. “Lingual orthodontics has now become more popular, which is why I started Archform. However, last year, I started Digital Orthodontics. Archform still does exist, but Digital caters to orthodontic practices that have gone totally digital themselves. At this point, 10 per cent of our work comes in digitally from around the world.”

Having witnessed the transition from conventional to digital with the amount of time he has spent managing his own laboratory, Mr. Sciacca can definitely delineate the old from the new. Although they rely on state-of-the-art equipment, he still highlighted the importance of technicians’ skills. He discussed this further, taking off from the standpoint of lingual orthodontics. “The difference with lingual is that there are a lot of wax set-ups. We have people who can do denture set-ups, but it’s not the same doing a set-up with real teeth on a work model, where you perhaps consider that they have to know orthodontics as well. Biomechanically, you need to know how far you can go with moving teeth – because you’re basically playing orthodontist. They need to be aware of the parameters so they can assume the role of an orthodontist.”

He stated that, for more than 10 years, he has been looking for digital solutions that can “do things virtually and streamline things because duplicating models, cutting out teeth and doing them in wax are laborious processes.” He added, “Going virtual has allowed us the opportunity to send the case back to an orthodontist to review and have good immediate feedback. It has become much more interactive working with an orthodontist.” Digital being better would be stating the obvious, but traditional methods can still come in handy. Technicians’ skills are of critical importance, and he integrates manual into the digital philosophy, stating that combining these two philosophies does contribute to practice efficiency.

As to how software and digital equipment help the flow of cases, he went on in detail. “In particular, more so with traditional labial indirect bonding, as a lab, we would manually put them on and take measurements on the work model. Once bonded to the brackets, we do the series in a transfer tray and give them back to the orthodontist. The unfortunate aspect is that the orthodontist would not be able to tell how well we have placed those brackets on until they have taken the transfer trays off and the brackets from the patient’s mouth. We needed to find a way where they can actually have some power to dictate their own positioning, and the only way to do that is to create something digital. Therefore, no matter what we do as a laboratory, we’ll never get it right. But allowing them to have the power, we will do it as best as we can, but they will still have the freedom to fine tune it according to their preference – whether they move the tooth or bracket digitally.”

Mr. Sciacca shared that their lab uses 3Shape software, as well as the 3Shape Trios intra-oral scanner. “Although we’ve been into digital for a long time, we only started using 3Shape in August 2014. We find using the intra-oral scanner quick – it only takes us three minutes to scan our work model. We allow an orthodontist who hasn’t gone entirely digital to send in alginates and, by scanning it ourselves; we are able to provide them a digital data.” He also mentioned that he did not have clear expectations at the beginning. “Digital has been part of my life for more than 15 years. I knew it was new and I wondered what it will do.” He said that it was during the digital process that he realised what it did. “In a general context, I had some concepts in my mind of what I wanted before, but the software did not exist. I initially wanted it to be a very short diagnostic set-up, but the software then was clunky or very non-user friendly. The closest thing I found is the 3Shape software is called Ortho-Analyzer, which, in my opinion, is probably the best software as a laboratory that has gone beyond our expectations.”

Despite having the basic orthodontic knowledge, practitioners still have different philosophies and approaches in their private practice. And this cannot be changed, to which Mr. Sciacca agrees. “For instance, the case of a very high canine. Here’s one experienced orthodontist who’s been bonding directly for 20 years. He may not opt for the classic textbook bracket placement prescription and may use segmented orthodontics. For others, they may not want to bring in the canine at that point due to its reciprocal effects. So, it’s always very difficult to predict how an orthodontist would like ‘their cup of tea’. It’s very subjective.” He added, “With digital orthodontics, some clients are a little bit nervous because, even though it may look good as they show you a beautiful outcome, realistically, it sometimes doesn’t work out that way. So when they see a digital set-up, they’ll think the same thing as well. That looks good on the screen but – will it work?” Most of the orthodontists that he has worked with have not gone digital yet. “There are practices that are trying to completely go digital in their practices – no alginates – zero. The software they need is next to nothing because all they need is scanning software to send the data. The laboratory basically needs more software to do work.”

An independent practitioner, Mr. Sciacca reiterated that although he uses other equipment from different brands, he has no specific affiliations. He said he has tried mixing technologies – which could even be outside of the dental industry. He went as far as the automotive and architecture industries to integrate concepts into his laboratory. This clearly reveals his resourcefulness, showing that he is not confining himself to finding solutions within the dental circle. “For instance, I have people at the moment who write computer games who, surprisingly, are better at manipulating teeth.”

He also disclosed that, if he could make use of external skills or talent that will provide benefit for his laboratory, he will definitely incorporate it. One example he gave was about employing IT people. “Involving IT people – who know absolutely nothing about orthodontics – in the process would entail a considerable amount of time teaching them the difference between a central and a lateral incisor.” He went on further, stating that it could go three weeks or even months, until they have well adapted to the norms of the job. “It’s an integral, collaborative process: you teach them the basics so they can apply the necessary IT knowledge into it. They teach you the algorithms and what you can and cannot do, but you’ve got to fill in the blanks in the dental aspect.” Fortunately, he has worked with IT people who have been in the orthodontic industry for several years, adding that it has been very easy to communicate with them.

The increasing presence of IT personnel in the picture is understandable, since modern practices have to deal with computer-assisted devices and software that not every dental professional would be able to grasp.

Mr. Sciacca commented on the inevitability of digital dentistry. “Whether people want it or not – they will go digital.” He shared interesting analogies, making the interview all the more candid and inspirational.

Based on the stories he shared, perhaps what intimidates practitioners is not the technology itself; rather, their fear of the unknown. Clinicians may be somewhat scared of how fast technology changes and hesitant to adapt with the fast pace of change. For instance – acquiring a new laboratory scanner for the first time. You put in all the necessary effort to learn the ins and outs of its operation, only to resign to an upgrade in less than a year’s time – and immersing in the whole learning process again. This could be one reason why some try to avoid embracing new trends. He shared that it would be hard for people with such mindsets to even begin to understand.

People generally fear that they’ll be left behind, but they also worry about facing the future. Therefore, the tendency is to head back to a space of comfort – which drags them back to the traditional concepts that they have been accustomed to.

In this digital age, you have to move with the current and allow yourself to get swept away by recent advances. 3Shape is a pioneer in digital dentistry, while Digital Orthodontics has been making waves in the Australian dental lab scene. With a team dedicated to making orthodontics an easier process for the orthodontist, and high-quality equipment that aid in the process, Mr. Sciacca and Digital Orthodontics will continue to dominate this area. “I guess I have to thank orthodontists initially. There’s no school out there for me to learn biomechanics. I rely heavily on what an orthodontist would say. The one lucky thing we have as a laboratory is I am a voice of many clinicians. I get pieces of information every time from somebody.”

Digital has propelled us to reach the roads we are traversing right now. Without technological advances, people would still be washing clothes in the creek. And without digital technology, orthodontic appointments will remain lengthy, re-bracketing will be highly likely, and treatment outcomes will not be easily predicted, thus lessening its attracting factor. Orthodontics is a complicated subspeciality, but Mr Sciacca has been successful in making it easy through collaborative efforts with orthodontists and devices that aid them as they take on the diverse cases that they receive. Indeed, Digital Orthodontics will continue to make waves in the digital orthodontic scene, increasing awareness most especially in lingual orthodontics.

Posted in: Latest News and Information 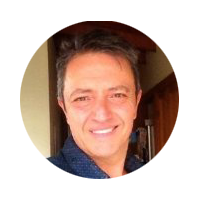 Keep up to date with our latest news and advancements